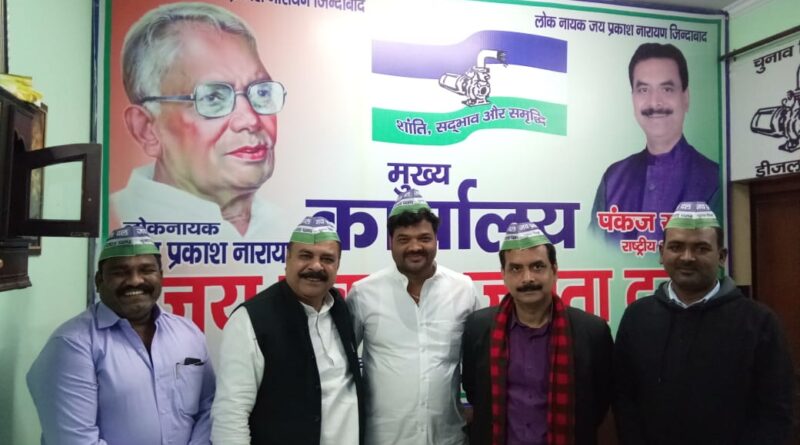 JPJD Headquarters, New Delhi, Friday, 29th January 2021: Today, the National Executive of JAI PRAKASH JANTA DAL (JPJD) has appointed Shri Ganapathi N. Naik as Karnataka State President. He has been given the charge in the presence of Jai Prakash Janta Dal National President, Shri Pankaj Sahay. It should also be noted that, Shri Ganapathi N. Naik has been engaged in social work for many years, he has given employment to thousands of young people from his business. Shri Naik owns a Car Service Business and his objective is to make India self-reliant India by creating employment opportunities for the youths of the nations.

Shri Naik has been keeping an eye on politics for a long time, now he has made up his mind to work as Jai Prakash Janata Dal Karnataka Pradesh President. He has been appointed as the State President of Karnataka at a very young age since, the JPJD leadership and the Party President, Shri Pankaj Sahay believes that the entry of the youth in today’s politics is a good sign and such course of action (entry of youth in politics) will bring a good change in politics and create a greater impact.