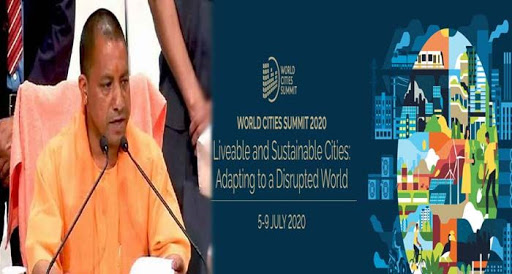 He has been invited by the Singapore government to the World Cities Summit – 2020 (WCS) to be held from July 5 to 9 this year.

The WCS is an exclusive platform held biennially in Singapore and brings together government leaders and industry experts from around the world to address pressing challenges, share practical solutions and forge valuable partnerships between cities.

According to the government spokesman, the Singapore government stated that the theme of WCS – 2020 is ‘Livable and Sustainable Cities: Adapting to a Disrupted World’ in which there will be discussions about how cities can cope with climate change, social shifts and technological disruptions with confidence.

The WCS is being organized alongside the Singapore International Water Week and the CleanEnviro Summit as part of the Singapore Sustainability Week.

The previous event in 2018 was attended by 44 ministers, 133 mayors and city leaders from all over the world.

In addition, 1100 companies and over 24,000 participants from all over the world participated in the event and business deals worth USD 26 billion were announced.