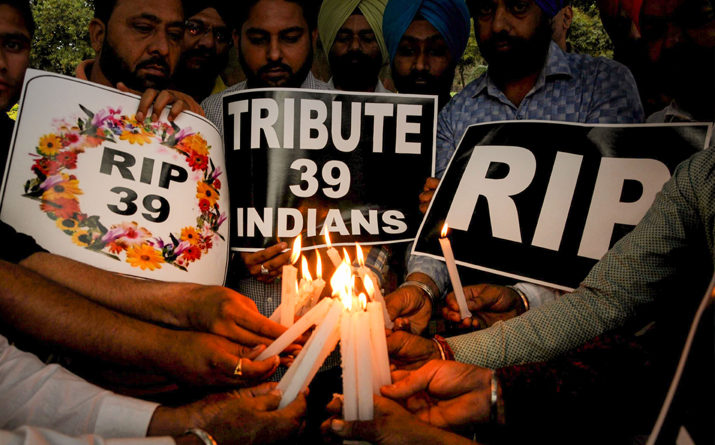 It is extremely sad and unfortunate that 39 Indians had been mercilessly killed by the Islamic State of Iraq and Syria (ISIS) in Iraq. This painful news is not only disturbing but also alarming and gives rise to a handful of questions which directly effects us an Indians.

Here’s a list of those prime issues which the Prime Minister of India, Shri Narendra Modi Ji and also the various Ministry of the Government of India should consider very seriously: