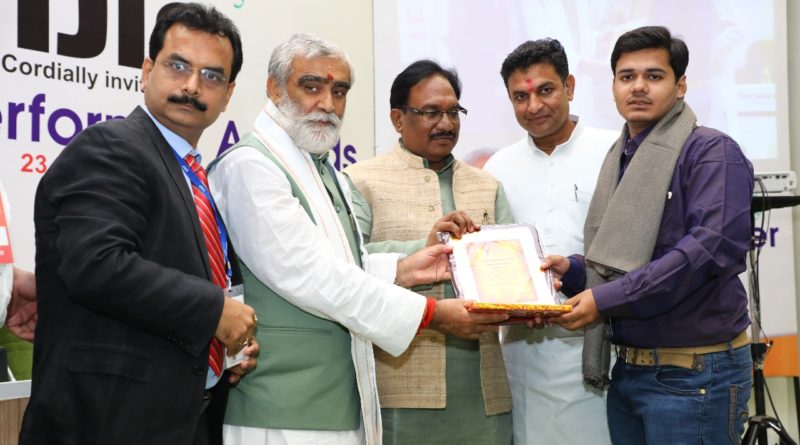 IJIP (Indian Journalist for Indian People) is structured body dedicated to the journalists, news reporters, news writers, news anchors and the electronic & print media houses all across the nation. The IJIP has been established with the primary purpose of developing and strengthening the impact of media in our democratic nation, where the citizens are entitled with the Right to Information.

On Saturday, 23rd September 2017, the Indian Journalist for Indian People organized an Award Ceremony Program in the name of IJIP – BEST PERFORMER AWARD at Vigyan Bhawan, New Delhi to recognize the Efforts and Contributions of the Journalists, Columnists, Camera-persons, Reporters and Writers from Print as well as Electronic Media houses across the nation. Neel Preet who became the Youngest Recipient of this IJIP – Best Performer Award had written his first book, Voice From The East at the young age of 21.

Acknowledged as “Young Author” by the Prabhat Khabar Newspaper, Neel Preet has also written numerous Articles and Columns for various Editorials at a very young age. Furthermore, Neel Preet had been awarded with the Lifetime Membership of the INDIAN AUTHORS ASSOCIATION and he had also scripted a Feature Film for the INDIAN JOURNALIST For INDIAN PEOPLE (IJIP) on the on the Milestones Achieved by the Public-Sector Undertakings (PSUs) of India, under the first 3 years rule (2014-2017) of the Modi Government, at the young age of 22.