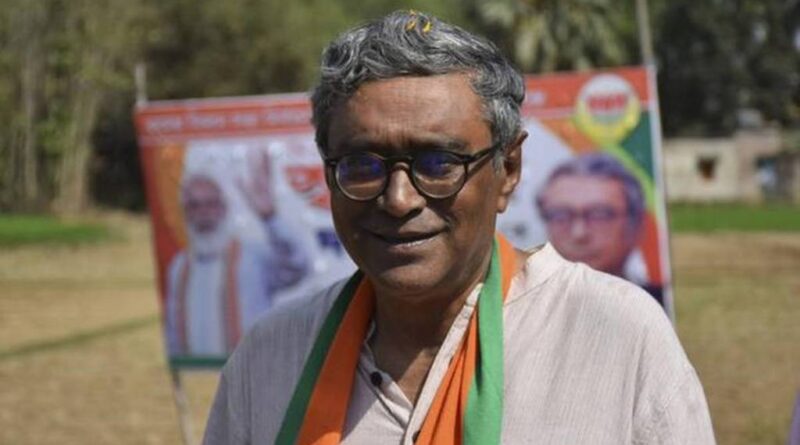 Shri Swapan Dasgupta, former Rajya Sabha MP and an eminent member of the Bhartiya Janta Party who contested the recently concluded West Bengal state assembly polls today registered a formal complaint with the Tarakeswar police station on the targeted persecution of the BJP workers in the post-poll violence.

Dasgupta in his complaint to the police mentioned on record the names of All 260 Victims, some of whom have been unable to return home after the TMC Goons unleashed violence post their victory in the state.

Urging the officials to take necessary action, Dasgupta in his letter specified, “The houses and homes of BJP Karyakartas have been systematically targeted, looted and demolished. Several workers have been brutally attacked while others have been threatened of dire consequences. As a result hundreds of people have been rendered homeless and fled from Tarakeswar to save their lives.”

The letter also mentioned that the list of 260 is not exhaustive but should act as a starting point to take necessary action. Swapan Dasgupta has been consistently raising awareness about the post-poll violence that has unearthed the broken system of law and order in the state of West Bengal.

From ministries to organizations to several BJP as well as Left leaders, everyone has taken notice of the fast crumbling law and order situation in West Bengal. After regaining power in the state, the TMC hoodlums allegedly went on a rampage, systematically targeting BJP workers and supporters.

Taking cognizance of the matter, the MHA constituted a four-member fact-finding central team to assess the ground situation in the state. A detailed report has been submitted to the ministry. Roopa Ganguly and other prominent women BJP leaders were arrested in Kolkata for protesting against violence in West Bengal on Friday.

National Commission for Women (NCW) chief Rekha Sharma who had visited the state to take stock of the situation after reports of rape and targeted harassment of women went viral, was refused an extension of stay. Sharma went on record to say that the condition of women in the state due to the post-poll violence was indeed worrisome.

The Indic Collective Trust (ICT) on May 3, 2021, a day after the results of the Assembly elections were declared, had moved the Supreme Court through advocate Suvidutt Sundaram over the post-poll violence that has erupted in West Bengal.

Not just the nation, but even the Indian diaspora abroad took out demonstrations in various countries saddened by political attacks and killings in the state of West Bengal.