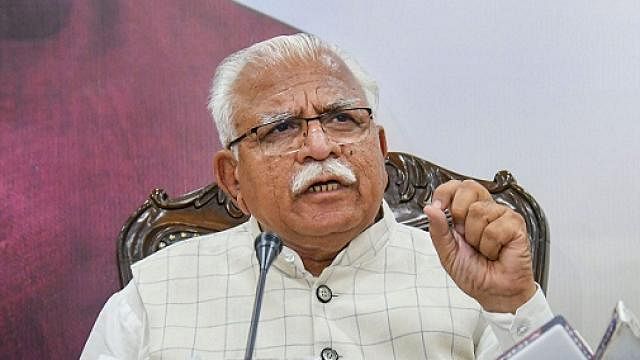 Chandigarh, June 1st 2020: One thing that has surely not changed in the post-corona world is the strength of Japan-Haryana heart-to-heart connect. This was the consensus of a virtual meeting chaired jointly by Haryana Chief Minister Manohar Lal Khattar and Japanese Ambassador to India Satoshi Suzuki on Monday.

It was organized by JETRO (Japan External Trade Organization) in which 35 top Japanese investors and CEOs participated.

While describing Haryana as a favourite destination for foreign investors, a large number of leading Japanese companies, including Honda, Maruti Suzuki, Canon, Daiken, NEC Technologies, Mitsui, Unicharm, Munjal Kiriu, who already have their bases in Haryana evinced keen interest in making further investments in the state through expanding their industrial units.

Khattar recalled though most of them had met him on February 15 over Japan-Haryana golf meet, it seemed it was in a different era.

He also shared various new initiatives taken by the state government to woo foreign investors, including allotment of land to manufacturing units on lease and upcoming Enterprises Promotion Policy – 2020, “which would be the best policy in the country”.

The Chief Minister said the adverse human, social, fiscal and economic impacts of the lockdown measures unfolded every day.

“Like all governments across the world, we tried our best to mitigate these,” he said.

The Chief Minister said some investors were talking about VIP countries (Vietnam, Indonesia and the Philippines).

“My team is now focusing not just on the investor satisfaction, but on customer delight.”

He said Haryana is witnessing a large expression of investment interests coming from Japanese companies.

The CEOs of leading Japanese company thanked the Chief Minister for taking this proactive step of interacting with them through video conference and said this step would go a long way in further strengthening the industrial and economic relationship between Japan and India and particularly with Haryana.