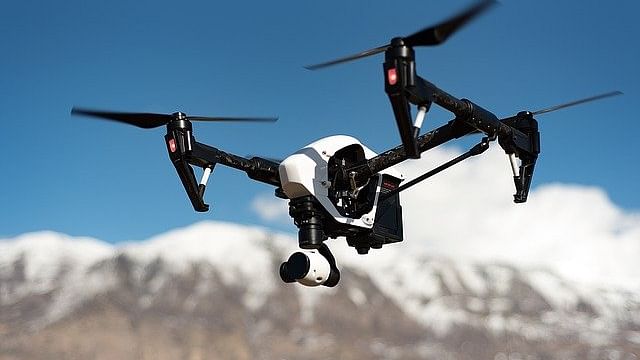 New Delhi, July 6th 2021: After a drone attack at the Indian Air Force (IAF) station in Jammu, the force has decided to procure 10 anti-drone systems to stop such attacks in future in the border areas.

The force has floated a Request for Information (RFI) for Indian vendors for Counter Unarmed Aircraft System (CUAS) that can be armed with laser directed energy weapons to bring down rogue drones.

On June 27, drone attack was carried on the Jammu Air Force Station where two unmanned aerial vehicles were used to drop bombs. The National Investigation Agency has taken up the probe into the matter.

It stated that the systems should be equipped with Global Navigation Satellite Jammer System (GNSS) and Radio Frequency jammers as a soft kill option and Laser-based Directed Energy Weapon (Laser-DEW) as a hard kill option to destroy the drones.

“It should provide a multi-sensor, multi-kill solution to enforce effective no fly zones for unmanned aircraft while inflicting minimal collateral damage to the surrounding environment. It should generate a composite air situational picture for the operator and generate alerts based on user defined parameters,” the RFI stated.

The Air Force stated that these anti-drone systems are required in mobile configuration mounted on indigenous vehicles with cross country capability and powered by indigenous Electrical Power Supply (EPS) system.

The anti-drone system should have provision for dismounting of all sub systems including integral power solution from the vehicle and mounting on roof top/open ground.

“The entire system should be road and air transportable. The design should include modularity for quick deployment and withdrawal,” it stated.

The RFI specify that the radar should have 360 degree coverage with a range of 5 km for a mini unmanned aircraft system.