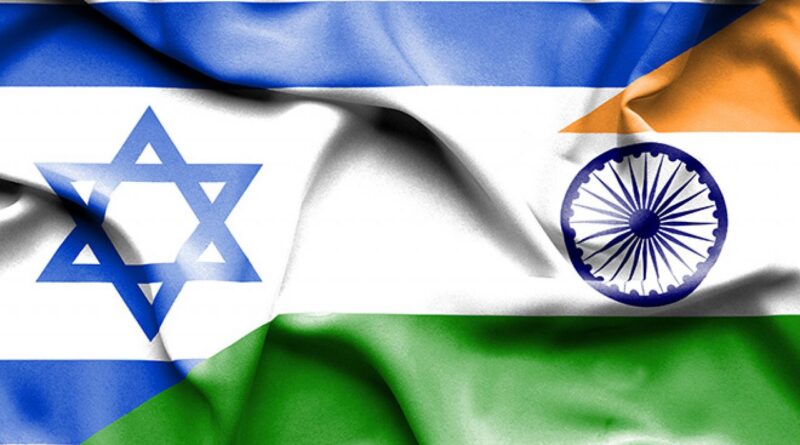 Agartala/Shillong/Guwahti, November 4th 2020: Israeli Ambassador to India, Ron Malka, who is now visiting the northeastern region of the country, is keen to extend his country’s technologies to boost the agriculture and horticulture sectors as well as the information technology (IT) segment of the northeastern states, officials said on Wednesday.

After visiting Assam and Meghalaya, the Israeli Ambassador, accompanied by his wife Lea Malka and a delegation, arrived in Agartala on Wednesday and held separate meetings with Tripura Chief Minister Biplab Kumar Deb and senior officials led by Chief Secretary Manoj Kumar.

A Tripura government official said that the state officials during the meeting apprised the various potential aspects of the state’s agriculture and horticulture sectors and the visiting envoy showed keen interest towards the development of the farming sectors.

“During his two-day visit to Tripura, Ron Malka and his delegation would visit the India-Bangladesh bordering areas, an agricultural farm, some tourism places and a museum,” the official told IANS.

In Meghalaya, in collaboration with Israel, the state government has proposed to set up two centres of excellence, as part of a project between India and Israel to boost the farmers’ income utilising the latest technology.

Accompanied by the Israeli Ambassador, Chief Minister Conrad K. Sangma told the media in Shillong on Tuesday evening that the Meghalaya government has sought the support of the Central government and Israel for setting up the two centres of excellence in two districts — East Khasi Hills and East Garo Hills — at a cost of Rs 10 crore each.

“We had proposed to the Centre for setting up two centres of excellence — at Jongsha in East Khasi Hills for vegetables and at Dawagre in East Garo Hills for citrus fruits,” the Chief Minister said.

The visiting Ambassador said that the proposed centres would be in line with Prime Minister Narendra Modi’s vision to double farmers’ income.

India in collaboration with Israel is implementing agriculture projects like setting up of centres of excellence in various parts of the country for speedy transfer of technology to the farmers aiming to increase their productivity and improving the quality of produce.

“Partnership with the Israel government would be a ‘gamechanger’ for Meghalaya and its farmers,” Sangma said, adding that technology always plays a very significant role in the growth of agriculture and horticulture.

Malka said that Israel would soon send its experts to Meghalaya to build a tailor-made programme for the farmers.

He said: “Israel’s relation with India has been growing rapidly and steadily. We are considering introducing a direct flight to northeast India as we want to expand Israel’s presence in the resourceful region.”

Before coming to Tripura, Malka visited an 100-acre Tech City, which is under developmen, near the Lokopriya Gopinath Bordoloi International Airport in Guwahati on Wednesday.

During the visit, Malka requested Assam’s Information Technology and Water Resources Minister Keshab Mahanta to plan a visit shortly to Israel for exploring the emerging technologies available there.

“The Israel government would be happy to provide all the necessary support for any possible collaboration and technology sourcing for establishing manufacturing facility setups and R&D institutions in the state of Assam with potential investors of Israel,” an official release said quoting the envoy.

In Assam, Chief Minister Sarbananda Sonowal had on Monday laid the foundation stone for the Indo-Israeli Centre of Excellence for Vegetables Protected Cultivation in presence of the Israeli Ambassador. The project intends to boost agricultural activities with the help of the latest Israeli technologies at Khetri on the outskirts of Guwahati.