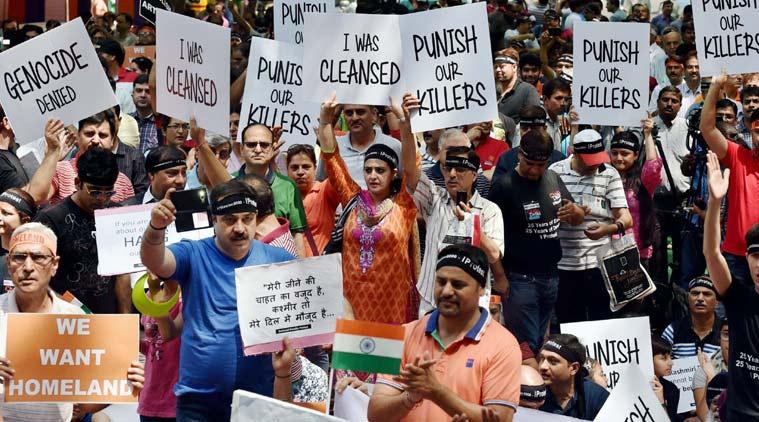 There are a lot of issues that the state of Jammu & Kashmir is facing and had been facing over the last 2 decades now. It is sad how the things goes on in the region and typically with the Hindus and the issues related to the Hindu Settlement in the valley.

The question is as simple as this why aren’t the Hindus given the equal rights in Jammu & Kashmir? Why aren’t they still allowed to go back and live in Kashmir as equal citizens as they were living in the past? Why are the Hindus unsafe in Kashmir and specially the Hindu girls and yet nobody wants to talk about it, this makes it even sadder.

When would the Government of India and the state government of Jammu & Kashmir remove the bloody “Article 370” from the region? And why is there anybody who doesn’t want that Article 370 to be removed and Kashmir be a place, open for anyone from the country to live?

The Hindu community in Jammu & Kashmir had always been the target and are frequently tortured and threatened by the Mujaheddin and the Jihadi groups in the valley. The sad part is that the media doesn’t report such incidents of ill-treatments with the Hindus and nobody cares for the Hindus’ Safety in the valley. It is now high time to remove the “Special Status” of Kashmir and link the state to the mainstream by allowing the people from any part of the country to go and settle in the state of Jammu and Kashmir because that would be the biggest surety of the security of the Hindus in the valley.