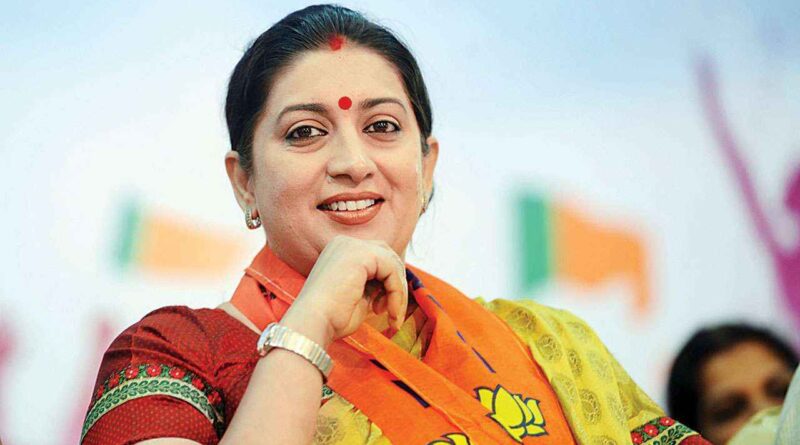 New Delhi, July 30th 2020: India’s Former Union HRD Minister who set the ball rolling for the National Education Policy which was given a nod on Wednesday, hailed it, calling it “a transformative restructuring of Education in India” which encompasses every stage of learning, from early education to higher education with thrust on technology & digitization.

“The national education Policy is outcome of the most exhaustive consultations carried out by GOI under PM Narendra Modi Ji’s leadership. Honoured to be part of the extensive exercise initiated in 2015 and thankful to Prakash Javadekar Ji & Dr Ramesh Pokhriyal Nishank Ji for supplementing the efforts of HRD Ministry,” tweeted the former HRD Minister, on Wednesday.

Irani recounted how this exhaustive education policy was formulated “after taking into consideration over 2 lakh suggestions”. She added that the policy will pave way for building a “robust education system rooted in Indian ethos”, which will help transform India into a “global educational powerhouse as envisioned by the Prime Minister”.

Irani, who now heads the Women and Child Development ministry has still found her way to contribute to this new policy that is likened by many with ‘New India’. She said, “Laying emphasis on education in early years, National Education Policy 2020 provisions for quality early childhood care & education for children between 3-6 years through Anganwadis & Schooling. WCD Ministry with HRD Ministry & other Ministries will strive to achieve the aim of ECCE by 2030.”

Anganwadis & Schooling systems through National Curricular & Pedagogical Framework for Early Childhood Care & Education will focus on attaining outcomes in developing “cognitive, socio-emotional-ethical, cultural and communication skills among children”, claimed Irani, who was at the centre of this policy making.

The policy has provisions of a gender inclusion fund for girl child development. The former HRD Minister Smt. Smriti Irani, now as the Boss of the WCD Ministry seeks to continue to contribute and enhance the proper implementation of the policy on ground, through provisions like these. She said, “Gender Inclusion Fund’ to be created under NEP 2020 is an important feature to ensure no child is devoid of education due to birth or background. This will provide quality education for all girls as well as transgender students — an important step towards inclusive education.”

Back in 2016, Irani, then at the heart of formulating the policy, had said that it was for the first time that a comprehensive National Education Policy was being prepared after consulting people living in villages and far-flung areas of the country. Four years later, watching the same policy come into being, Irani couldn’t help but express her gratitude to PM Modi for the cabinet’s nod.