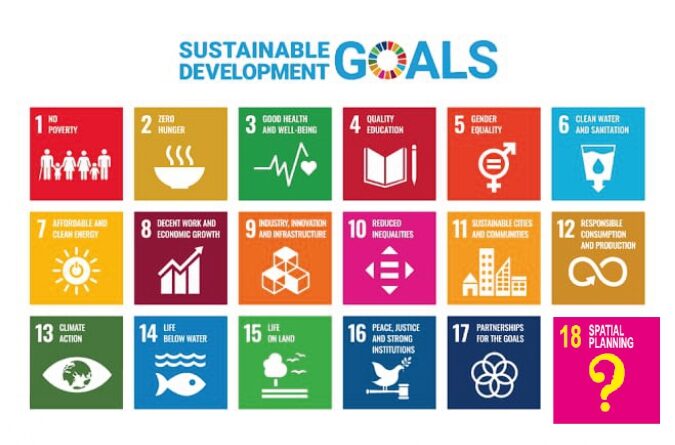 Land is a limited, scarce, and very precious gift given to us by the earth, which has evolved over millions of years. Its multidimensional ecosystem provides a unique platform for Anthropogenic actions, reactions, and interactions with biodiversity. Uncontrolled actions at one place often lead to uncalled and unaccounted reactions or changes in other places. These changes can be irrevocable and may last for years. In the last few decades, these reactions are creating problems on land, such as deforestation, food crisis, droughts, etc. Some major actual issues our earth faces are climate change, sea-level rise, coral bleaching, change in seasons, etc.

During ancient times, human monetary aspirations were limited, but suddenly after the industrial revolutions, the land was started to be seen as a source of natural resources rather than just a resource. Urban hotspots started to emerge and started to change the spatial pattern of land use. People began to get attracted to it for opportunities and survival. These change in the spatial pattern of land use started in Europe in the early 19th Century and is continuing even today. Presently, countries have independent economic ambitions and growth targets.

But, there are few specific milestones for which nearly all countries come to a common page. One of those goals is sustainable development. UNDP (United Nations Development Programme) has provided a set of 17 Sustainable Development Goals or SDGs for member countries intended to be achieved by 2030. These goals are mutually beneficial for human and environmental welfare. These goals are not only targets but also ambitions, emotions, and dreams of the common people of the countries.

Out of those 17 goals, the climate-change related goal is presently the focal point of all the countries around the globe. Protecting our environment is paramount and is rightly justified by the Annual Conference of Parties or COP meetings. Though there are multiple reasons for climate change, unsustainable use of land also plays a crucial role in the present scenario. The data for achieving sustainable development on land is difficult to accurately quantify, which generally leaves big gaps between the present level and the target. This article revolves around sustainable development goals linked directly to the land.

In SDGs, Goal number 11 strives for sustainable cities and communities. It is divided into 10 targets and 14 indicators. It is a very broad aspect but nowhere does it talk about “spatial land use planning”. In many countries, sustainable cities and communities are limited to providing basic physical and social infrastructures, and not in terms of planning and development of cities spatially for sustainability. Cities are a major hub for activities like employment opportunities, better standard of living, economic prosperity, growth, and potential for all around the region. But due to poor preparation and monitoring of spatial land-use planning, numerous issues like congestion, urban sprawl, heat island, pollution, land degradation, loss of biodiversity, and natural habitation become a common
occurrence.

Constant in-migration challenges the carrying capacity of cities and thus results in over-exploitation of resources and urban sprawl. This results in unplanned spatial expansion with no coordination with land use planning which is unable to cater to the population with urban services. This is a serious matter which requires urgent attention. Many countries are already facing consequences due to this, which is leading to worse. To control and effectively manage this situation, spatial land-use planning, and monitorization with future resource-centric limitations hold the key to sustainable development. This provision gap is prevalent in developing countries, like India which lacks professional spatial planning experts in related decision-making positions, and spatial land-use planning is not given the required priority, even after 75 years of its Independence.

Smart, inclusive, and sustainable cities are all interlinked with each other. Making and managing these cities are direct responsibilities of departments like Town and Country Planning. These vary with countries’ different rules, laws, legislation, regulations, etc., but there is a common understanding that land as a resource, is interlinked with many mutual interconnections in several socio-economic and environmental aspects that the city visions and aspires. There are many countries where statutory departments of spatial land-use planning would be absent. Globally, the majority of cities are limited to non-spatial development strategies and desperately need spatial developmental plans for achieving sustainable development goals.

There are globally accepted standards and tools for assessing aspects like health, education, poverty, hunger, equality, economic growth, climate action, justice, life expectancy, etc, and even subjective aspects of happiness in terms of the Human Development and Happiness Index by the United Nations. The word ‘Spatial Planning’ has most of the solutions to achieving sustainable development goals. This calls for a separate identity and a spatial land-use wing formation on an urgent basis to tackle the land ‘land-based’ issues at a global level for sustainable land use on object-oriented and scientific-based standards. Also, planning-based think tanks should take the initiative to come up with a new index to assess and measure the effective level of spatially planned urban areas of different countries and states.

Read about the Authors of this Article from here:

Vinit Kumar Loharia is an Urban and Regional Planner and a member of the National Urban Planners Council. He obtained a Bachelor of Planning from the School of Planning and Architecture, Vijayawada. He is more enthusiastic about Sustainable Development in cities and regions. He is currently practicing in Delhi NCR.

Vikas Kumar is an Urban Planner based in Patna. He has a Bachelor of Planning degree from the School of Planning and Architecture Vijayawada. He is also a member of the National Urban Planners Council and an associate member of the Institute of Town Planners, India. The Author also keeps a keen interest in subjects like sustainable development, tourism, defense, geopolitics, etc. He is an avid reader and loves to travel.