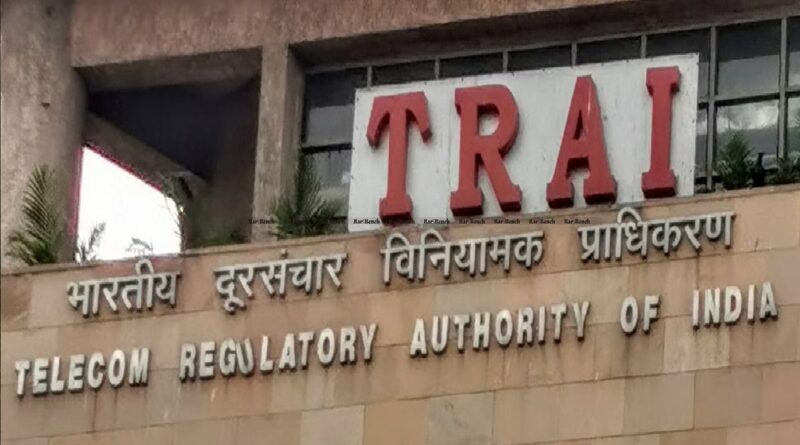 Accordingly, the Authority suo-moto issued detailed Consultation Paper (CP) on the subject and after considering the comments/ inputs received from the stakeholders during consultation process and further analysis of the issues, Authority has finalized these Recommendations to boost to digital infrastructure ecosystem in the country including DCs, CDNs and IXPs. The salient features of the recommendations are as follows:

Authority has recommended to bring out Data Centre Incentivization Scheme (DCIS) for establishing Data Centres (DCs) and Data Centre Parks (Dc Parks). DCIS to have two list of incentives –
Certain Centre specific fiscal and non-fiscal incentives and can be rolled out by the Central Government.
The other in form of a guideline to the States; leaving flexibility to States to announce fiscal incentives through their policies.
Operationalizing a Data Centre specific portal on National Single Window System (NSWS) for –
Time-bound single window clearances with provision for deemed approval after elapse of prescribed timelines for non-critical category permissions
Mandatory online registration of new DCs/DC Park operators without any obligation or registration fees. This will be purely for statistical and record purposes.
Issue of notifications, announcement of schemes & benefits, facility to interact and respond to queries of potential investors, and grievance redressal of existing and prospective DC/DC Park operators.
A national level DC Readiness Index (DCRI) framework to be implemented by Central Government to rank Indian states as per their suitability to promote DC sector. An indicative list of parameters and their weightages for ranking the States has been suggested.
Central Government should prepare guidelines listing out the incentives for the Data Centres and DC Parks for the states that have scanty DC footprints, in line with other advanced states. The scheme should, inter-alia, offer incentives in form of land, capital subsidy and Interest subsidy. In such a scheme, while the land may be offered by respective states, the expenses on other offered incentives including capital and interest should have at least 75% contribution from central government.
Establish DC Economic Zones (DCEZs) – Out of suggested list of 33 SEZs which are located in areas with abandon power and water, one SEZ can be identified each in State of Andhra Pradesh, Kerala, Karnataka, Maharashtra, Haryana, UP, MP, Gujarat, Rajasthan, and Odisha, for either converting them into DCEZs or for carving out zones out of these SEZs for establishing DCs/DC parks.
Developing India specific building norms, standards, and security certification framework

BIS should be entrusted upon for developing different India-specific building standard for construction of DCs and to develop India specific standard-based certification framework for the DCs.
For addressing security aspects of DCs, TEC and STQC should jointly work to develop DC security certification framework based on third party Audits.
Connectivity to Cable Landing Stations (CLS)

For coastal states intending to promote setting up of new CLS, it has been recommended that they may consider incentives and facilitations of CLSs as has been undertaken by State of Gujarat in its IT/ITeS Policy 2022-27.
For laying and maintaining OFC infrastructure to CLS, RoW charges may be waived off.
Power related

DoT to take up with Ministry of Power to look into the submissions made by stakeholders for formulation of a DC conducive yet simplified framework for power addressing the issues that have been flagged in the recommendations, inter-alia, including:
Energy banking provisions for DC/ DC park operators who opt to produce renewal energy for consumption for DC/ DC Parks should be extended to yearly basis.
Providing land on priority and on concessional rates to DC/ DC park operators for establishing solar power plants.
DC and DC Park sites should be allowed to operate as backup power infrastructure without any hindrance from state pollution control boards (SPCB) or Central pollution control board (CPCB).
Promoting Green DCs

Indian Green Building Council (IGBC) along with Telecommunication Engineering Centre (TEC) should be entrusted with task of framing certification standards of green DCs in India.
Government should form a scheme to invite Requests for Proposal (RFP) on an experimental basis for new technology/methods/processes that can be adopted for promoting green DCs.
Capacity Building

Data digitization, sharing and monetization – A statutory body Data Digitization and Monetization Council (DDMC) for steering the data digitization drive be prescribed at the Centre,
Data Ownership – Government should put in place a data sharing and consent management framework on lines of DEPA framework to provide telecom subscribers consent based option to share their KYC data with recipient TSP when they port their numbers.
Data Ethics – DDMC should also be entrusted with responsibility of putting in place an overarching framework for ethical use of data both by Government as well as by corporate in India. The framework should address the generic as well as vertical sector specific requirements.
Content Delivery Networks (CDNs)
CDNs play an important role in the value chain of content delivery ecosystem. The internet traffic, which was earlier being delivered by ISPs alone, is now being delivered by ISP and CDN combined. ISPs perform load balancing, traffic engineering and offers guaranteed quality of service to end users. CDN Players also leverage various techniques like load balancing, caching, optimization, use of security protocols, etc. for ensuring better delivery of content to end users in association with TSPs. CDN players are major contributors to the network traffic and can affect the overall quality of service. Accordingly, TRAI, in its consultation process, had discussed various CDN-ISP interconnection and collaboration related policy and regulatory concerns. Issues related to challenges for establishing CDN in the country and how CDN Industry can be incentivized, were also discussed.
To address these issues, TRAI has recommended that CDN players should be registered with DoT through a simple online registration process. The suggestive draft for guidelines for registration of CDN players along with registration form and registration certificate has been recommended with one time registration fee of Rs 10,000.
The incentives recommended for DCs should also help in proliferation of CDNs in the country and this would in turn provide the boost to digital infrastructure ecosystem, including CDNs and IXPs.
Interconnect Exchanges Providers (IXPs)
Currently, IXPs are required to obtain Internet Service Providers (ISPs) license which has several onerous licensing conditions related to subscriber verification, security etc which are not relevant to them. This creates artificial entry barriers. To address this issue and promote setting up of more IXPs, especially in Tier-II and Tier-III cities, TRAI has recommended that a separate authorization in Unified License may be created for IXPs with terms and conditions that are much less onerous than ISP license authorization.