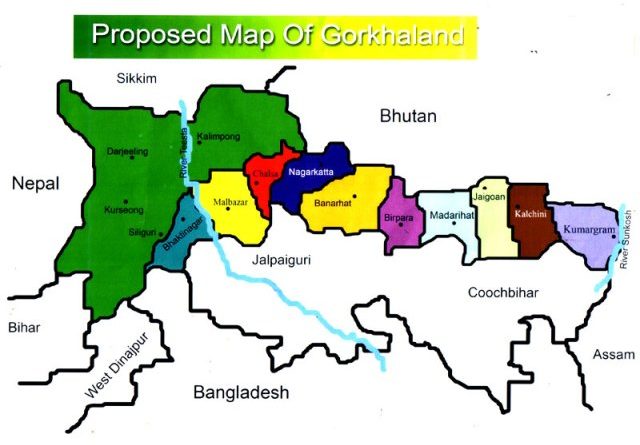 The issue that is being raised is that, “Why is the Existence of Gorkhaland beneficial for India?” Well, the answer is as simple as this, that the West Bengal Administration is a complete failure!

The Mamta driven TMC Government in Bengal had terribly failed, not only in looking up to the issues of the Gorkhas, based in the hilly regions of Darjeeling and the surroundings but also in maintaining a healthy administration in any part of the state and that too in any aspect.

Truly, it is in the best interest of the nation that Gorkhaland gets her separate identity as India would get a new state, which can flourish independently by being away from the Vote-Bank Politics of TMC & the Leftism, which is pulling down the progress of the state of Bengal. Gorkhaland, as a state can make remarkable contribution in the development of the country.