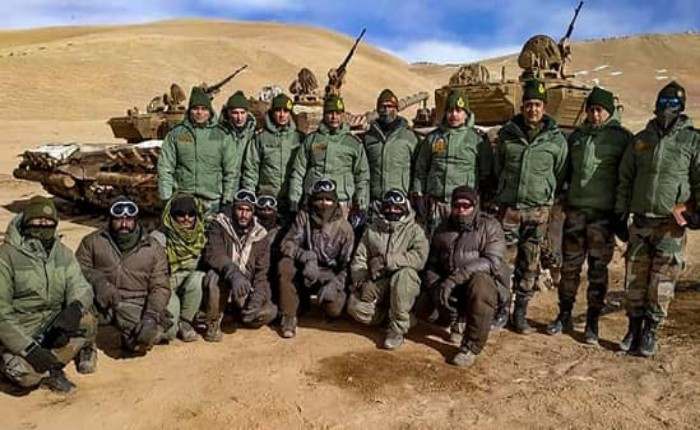 On the night of June 15th 2020, China had attacked Indian soldiers and unilaterally tried to change the status quo in Eastern Ladakh by attempting to intrude into Galwan valley. In the violent face-off where Indian soldiers managed to push the PLA soldiers back, 20 Indian soldiers made the ultimate sacrifice and reportedly, China had lost 43 of their men. After the face-off, China had vociferously denied reports of casualties on their side and called it a misinformation campaign. Now, however, China has posthumously awarded honorary titles to 4 of those who had died during the attempted intrusion into India.

Interestingly, while China had denied to own up to casualties on its side, in August 2020, months after China refusing to acknowledge the death of People’s Liberation Army (PLA) soldiers who lost their lives during the Galwan valley clash, reports had emerged that provided evidence of Chinese casualty in the recent clash with the Indian troops.

According to M Taylor Fayler, a Chinese expert from the Massachusetts Institute of Technology, one particular image showing the tombstone of a 19-year-old Chinese soldier who died in the “China-India Border Defense Struggle” in June 2020 had gone viral on Chinese social media platform Weibo.

“Tomb of Chen Xiangro. Soldier of the 69316 troops, from Pingnan, Fujian. He sacrificed his life in the struggle against India’s border troops in June 2020 and was posthumously remembered by the Central Military Commission.” read the epitaph, written in Mandarin.

The tombstone also reportedly read that the soldier, who was ‘Killed in Action (KIA) was born in December 2001 and was just 19-year-old.

According to Fravel, the tombstone also reveals information regarding the deceased soldier’s unit. The 69316 unit, mentioned in the tombstone appears to be a border defence company based in Tianwendian near the Chip Chap River valley, north of the Galwan Valley. He added these new set of images provided a narrow glimpse into the Chinese units that were deployed the Galwan River Valley.

Another source close to Fayer also said to him that the unit is part of the 13th Border Defense Regiment. This unit was named as “united combat model company” by the Central Military Commission.

These reports were, however, countered by several Left publications in India itself and China too had distanced itself from the image. With China now awarding 4 of its slain soldiers, it becomes evident that the casualties on China’s side were much greater that previously imagined. China has a penchant for downplaying its own losses and thus, while it has awarded only 4 of the slain soldiers during the Galwan clash, the real number of casualties is likely to be much higher.

Galwan Valley Clash: On June 15, the Chinese troops had attacked the Indian troops along the LAC near Ladakh border. The clashes had resulted in India losing 20 of its soldiers.

The fallen Indian soldiers were honored by the government and their last rites were performed in the presence of government representatives, accorded them the due status of martyrs. PM Modi and the COAS had also visited to meet and speak to the injured soldiers.