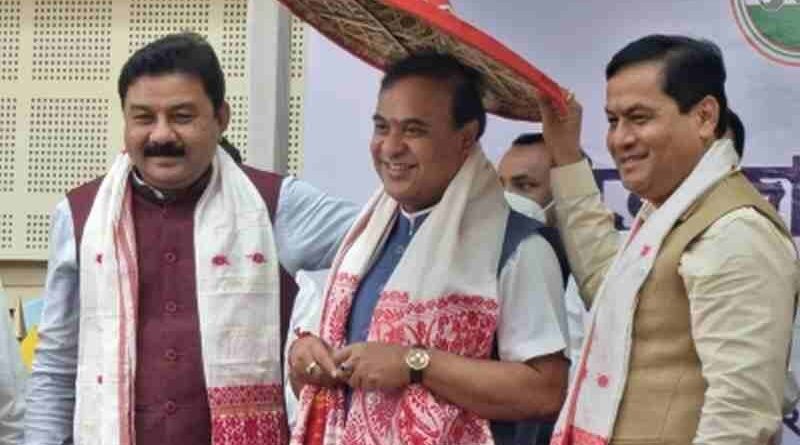 Guwahati, May 9th 2021: The BJP’s lead strategist in North-Eastern states and senior leader, Shri Himanta Biswa Sarma, who was on Sunday elected as the leader of the newly elected MLAs of the party, will take charge as the 15th Chief Minister of Assam on Monday.

The Bharatiya Janata Party has returned to power in Assam for a second consecutive term after winning the recently held three-phase elections to the 126-member state Assembly.

BJP sources said that Sarma, who has already received the support of the two allies of “Mitrajot” — Asom Gana Parishad (AGP) and United People’s Party Liberal (UPPL), is scheduled to meet Governor Jagdish Mukhi at the Raj Bhavan here later in the day to stake his claim to form the new government.

Sarma, who was instrumental in the BJP’s victory both in the recently-held Assembly elections and in the 2016 polls in Assam, will take oath as the Chief Minister at a ceremony.

The 52-years-old was elected the leader of the BJP legislature party at a meeting held earlier in the day at the Assembly, where outgoing Chief Minister Sarbananada Sonowal and party’s four central observers were present.

In his announcement, Union Agriculture Minister Narednra Singh Tomar said that Sonowal proposed Sarma’s name as the leader of the BJP’s legislature party and others supported it.

“Assam BJP President and Patacharkuchi MLA Ranjeet Kumar Dass and newly-elected MLA Nandita Garlosa seconded Sonowal’s proposal. As there was no other contender for the post of legislature party leader, Sarma was unanimously elected for the post,” Tomar said.

Immediately after his election, Sonowal, Tomar and other party leaders welcomed Sarma with the traditional Assamese ‘Gamocha’ (a white piece of cloth with a red border having a customary pattern).

Sarma, who was elected from the Jalukbari Assembly seat for the fifth time since 2001, was an important minister in the Sonowal government.

Sunday’s meeting was held after the three rounds of talks at BJP president J.P. Nadda’s residence in Delhi, where Sonowal, Sarma, Union Home Minister Amit Shah and Santhosh were present.

The Delhi meetings lasted for more than four hours.

Sonowal, who belongs to Assam’s indigenous Sonowal-Kachari tribes, and Sarma, an Assamese Brahmin who is the convenor of the anti-Congress North East Democratic Alliance, led the BJP in the recent three-phase March-April Assembly polls.