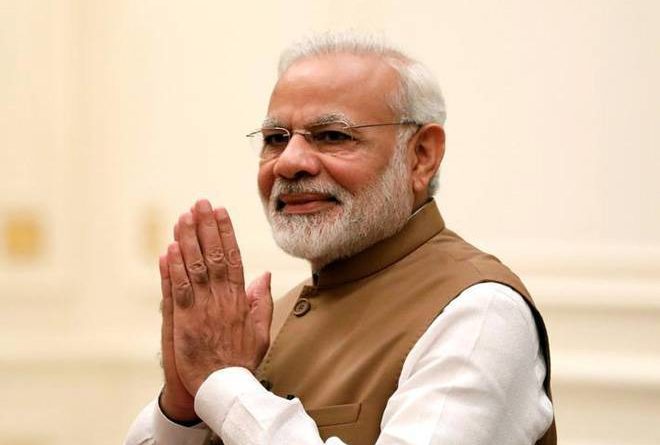 New Delhi, March 4th 2021: Prime Minister Narendra Modi is likely to address around 20 election rallies in West Bengal where polling to 294 Assembly seats will be held in eight phases from March 27 to April 29. The counting of votes will take place on May 2.

A BJP source said that the Prime Minister will also address about six to seven rallies in Assam, which will go to the polls in three phases on March 27, April 1 and April 6.

Modi’s first rally in West Bengal will be held on March 7 at Kolkata’s Brigade parade ground, which will mark the culmination of the party’s ‘Poribortan Yatra’.

“Prime Minister Modi is the most popular leader of the country as well as the BJP. He will personally reach out to maximum number of voters across the state, appealing them to vote for the BJP for the development of West Bengal. Around 20 rallies of the Prime Minister will be held in West Bengal. If we get more time, a couple of more rallies will be planned,” said a senior party leader.

A BJP leader in West Bengal said that the party’s state unit will provide area specific inputs like issues pertaining to a particular area or region for the Prime Minister’s election speeches.

“In his rallies, the Prime Minister will talk about national and state issues along with area specific issues,” he said.

The BJP is targeting 10 lakh people for Modi’s rally at the Brigade parade ground, a senior BJP leader said. The BJP has already started a door-to-door campaign urging people to attend the rally on March 7.

“The BJP’s Bengal unit has also asked its booth-level workers to ensure the attendance of voters from their respective booths in the rally on March 7,” said another BJP leader.

As a star campaigner of the BJP, the Prime Minister had addressed about a dozen election rallies in the run up to the Bihar Assembly polls held last year.

Another senior BJP leader said that Shah, who is actively overseeing the preparations in West Bengal, and Nadda will address around 50 rallies each.

“Both Amit Shah and party president Nadda made frequent visits to West Bengal. They separately flagged off the party’s ‘Poribortan Yatra’ which went through all the 294 Assembly segments of the state. Now they will intensively campaign in the state seeking votes for the party candidates,” he said.

After its impressive show in the 2019 Lok Sabha polls in West Bengal when it secured 18 seats, the party has set a target to win over 200 seats to dislodge the Mamata Banerjee-led government in West Bengal.