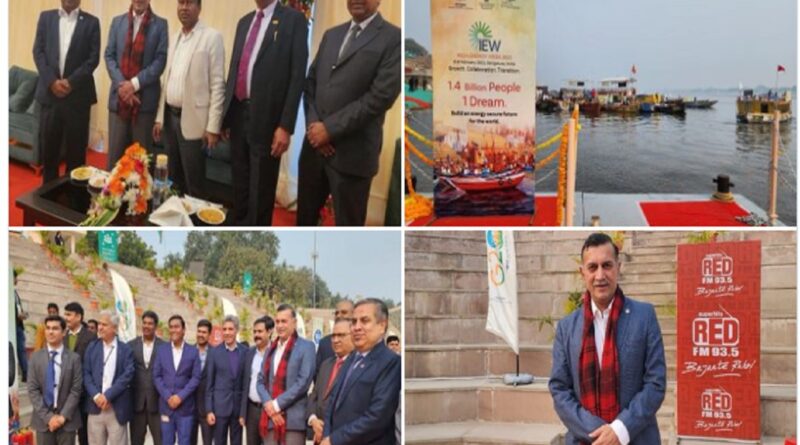 A CNG Boat Rally was organsied as part of the build up to India Energy Week in the historic city of Varanasi, Uttar Pradesh on Sunday.
The boat rally started from Namo Ghat, steering the message of clean energy.

“Excited to be at the historic city of Varanasi for the #CNGBoatRally organsied as part of the build up to #IndiaEnergyWeek. Setting sail from Namo Ghat today, steering the message of clean energy. And I’ll be cheering for Team IndianOil✌️,” tweeted Chairman IOC Shrikant Madhav Vaidya.

Talking to reporters on Saturday, additional director general, Press Information Bureau, New Delhi and spokesperson, Ministry of Petroleum Rajeev Jain said that during India’s presidency of G20, an ‘Energy Week 2023’ is being organized in Bengaluru from February 6 to 8. It aims to make people aware of zero emission energy and CNG. He said that more than 30 energy ministers, 50 CEOs and more than 10,000 delegates are likely to participate in the the event.