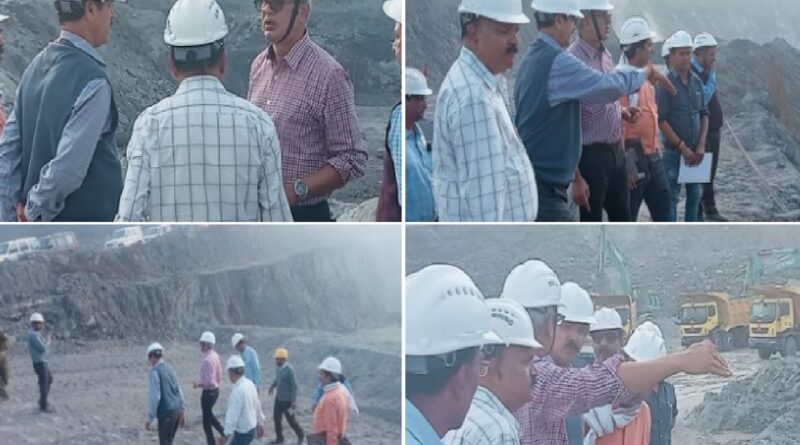 Kusmunda Mega project surpassed the last FY’s total Coal output on Tuesday. The CMD Dr PS Mishra reached mine and congratulated the team. He also encouraged the team to put all efforts into achieving the production target.

The Kusmunda coal mine is an open-cast mine complex, operated by South Eastern Coalfields Limited, a subsidiary of Coal India, with a capacity of 62.5 million tonnes-per-annum (MTPA) in Korba, Chhattisgarh, India.

The mine has rapidly scaled-up capacity since 2009 when the mine produced 10 million tonnes per year.

In February 2014, India’s Ministry of Environment, Forest, and Climate Change granted environmental clearance (EC) to SECL to expand the mine’s capacity from 15 MTPA to 18 MTPA.

In 2015, SECL put forth another proposal to expand the capacity of the mine (despite reports that the mine was already operating above capacity without an appropriate EC), and in February 2016, the project was granted EC to expand capacity from 18.75 MPTA to 26 MTPA.